The ENT said that her left ear was full of thick mucus and that poor ear drum wasn’t able to vibrate at all.  So yea for tubes!  Hopefully this will help with her hearing and speech!  She also said if she sees that thick mucus again (she had it last time as well), she’ll have to use longer lasting tubes.  OK.

Hernia repair was just something that had been on the bottom of my to-do list.  One of those, the next time she’s under and it’s not critical kind of things.  It was from one of her many chest drain tubes.  Done – no more hernia!

And the sedated ECHO just so we could get good readings since she thinks they are trying to kill her whenever they do an ECHO when she’s awake. She fights like a demon!

When we walked into the surgical waiting room we were greeted by two beautiful pictures of Indian Paintbrushes and bluebonnets!  I knew then that was a tender mercy!  Bluebonnets and Indian Paintbrushes in Kentucky?  My Texan pictures made me smile!  Bella was all smiles.  She had no idea where we were!  She smiled as we waited and took lots of selfies to pass the time. 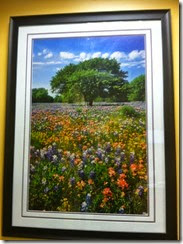 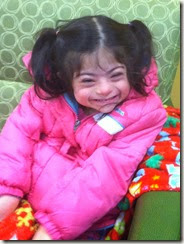 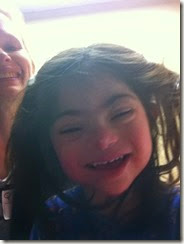 Oh, but once they took us back and she saw all of the equipment, she knew what was coming.  What a sad baby!  The poor anesthesiology team was nervous of her history and insisted she have a breathing treatment before surgery.  That juicy cough that she’ll have all winter wasn’t making them feel any better. I’m just so grateful this is the little girl I was bringing to them.  This healthy, beautiful, behaving little girl.  I knew she would be OK. She is in such a good place right now. 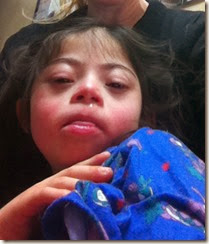 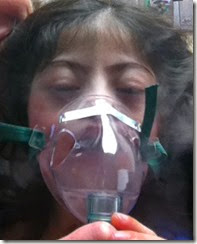 They gave her some versed to settle her a bit before they took her back. Oh Versed!  Baby girl used to have such a high tolerance for you! Like adult doses tolerance.  As the versed took effect, sweet girl faded into versed girl.  Oh, that look on her face and I was right back in the ICU with my six month old baby girl – vacant eyes, mouth open, trying to fight through it all. 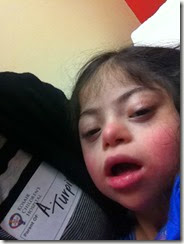 But Bella is a trooper and she snapped right back after surgery.  This was her first intubation after decannulation – another reason they were nervous!  She did have some obstruction but they worked through that.  I’ll just remember for the next time she goes under.  Within half an hour she was picking out shows on her ipad and we were ready to go home. 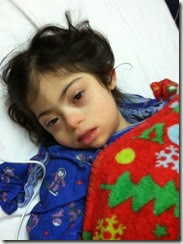 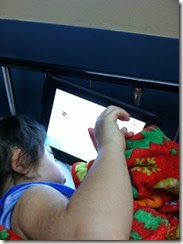 So proud of you, my Bella!  You amaze me every day!