I got home on the 20th from California where I had been to adopt our son.  I came in and grabbed my girl.  Oh, how I had missed her!

And then we introduced her to her new brother, Alex.  In the second picture I am signing “Alex.”  What a wonderful coincidence that we named him Alexander and that on Signing Time is a little boy named Alex.  She knows this sign. 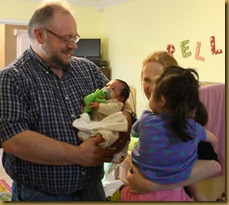 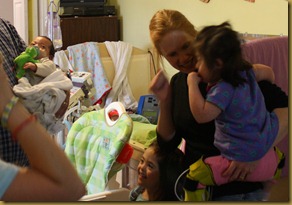 She signed “brother”, “boy” then “baby”, and then “Alex.”  She totally knew what was going on.  There was no prompting.  She did it all on her own.  Our ST happened to be there and she was so excited to see her communicating so well.  She is so smart.  There is so much in that little head.  I was grateful we had used Face Time on the ipad so she knew about him and was ready when he got home. 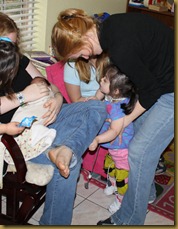 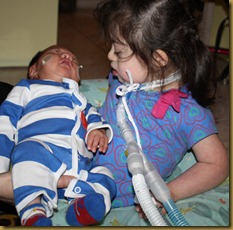 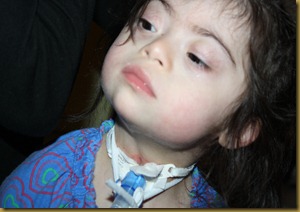 I love this picture! When Bella really likes you, she touches you on the face with her little hand on your nose and forehead. I have no idea why, but it’s how she shows affection. We had been so worried how she would respond to a baby. So imagine my surprise and delight when she looked at him (see above) and then reached out ever so gently, and touched his face. It was such a sweet moment! 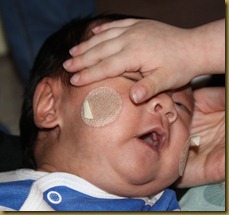